Diabetes: The Difference Between Type 1 and Type 2 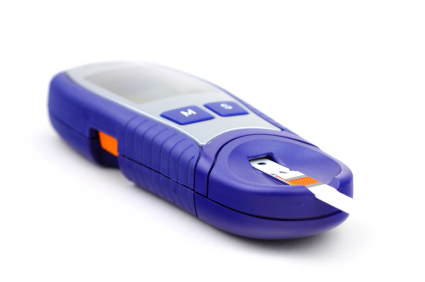 November is Diabetes Awareness Month, and with nearly 30 million Americans who have diabetes, you’re bound to know someone who has been affected by the disease. Although diabetes is a growing epidemic in the United States, people are often confused about the difference between Type 1 and Type 2 diabetes. The confusion is certainly justified as the face of diabetes has changed over the past 90 years. That being said, it’s important for people with diabetes or at risk of diabetes to understand how this disease can affect their health and potentially lead to other serious problems if left unmanaged.

So, what’s the difference between Type 1 and Type 2 diabetes?

Formerly known as juvenile-onset diabetes because it was rarely diagnosed in people older than 40, Type 1 diabetes is an autoimmune disease in which the body makes antibodies that attack and destroy the insulin-making beta cells in the pancreas. Once 90 percent of those cells are not working, the patient must take insulin to prevent a dangerous condition called ketoacidosis.  When the beta cells are making no insulin at all, the patient requires insulin to live.

This type was formerly known as adult-onset diabetes because it was typically diagnosed in people older than 40. Unfortunately, with 69 percent of Americans now overweight or obese, which increases the chances of acquiring Type 2 diabetes, we’re seeing more cases at younger ages. Type 2 diabetes is the most common type of diabetes. The initial problem is resistance to insulin, which causes the pancreas to make more insulin to keep the blood sugars normal. Even with the additional insulin produced by the pancreas, it’s still not enough and blood sugars begin to rise. Although there are oral medications that improve insulin resistance or help the body produce more insulin, being mindful of your diet, working on losing weight, and exercising remain the best treatments for Type 2 diabetes. Over time, about 50 percent of patients with Type 2 diabetes will eventually require insulin therapy to maintain good blood sugar control as their beta cells burn out. Although these patients require insulin to control their blood sugars, unlike someone with Type 1 diabetes, they still make some insulin and therefore rarely develop ketoacidosis. A patient with Type 2 diabetes who requires insulin is still classified as having Type 2 diabetes rather than Type 1 diabetes.

The good news is that even with a diagnosis of diabetes, both types can be managed so people can lead long, healthy lives. I always like to encourage my patients to take the initiative to become educated and be an advocate of their own health.

If you want to learn more about diabetes and how to manage it, Riverview Health offers a diabetes support group on the second Thursday of every month from 7-8 pm at Riverview Health (classrooms A&B, lower level of the Professional Building).

For those wishing to learn more about lifestyle changes, a diabetes self-management program is also available at Riverview Health. In addition, the certified diabetes educators and staff of the Diabetes Education Center at Riverview Health can provide education, prevention techniques and diverse treatments to those living with diabetes. They can be reached at 317.776.7233.