Published by Riverview Health on February 10, 2017

As a woman, your body goes through a lot of changes during the course of your reproductive lifetime. And you can be sure that gynecologic health issues will arise from time to time. Some of the most common issues you may encounter during your reproductive years include: 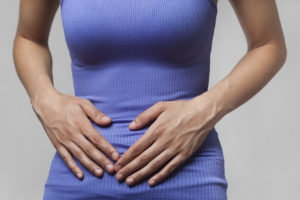 Irregular bleeding. Menstrual periods last about five days, on average, and blood loss is generally about 4 ounces or 8 tablespoons. Many women experience one “heavy” day during their period, preceded and followed by lighter-flow days. It may be normal for some women to experience heavier bleeding—up to twice the average amount—and still be within the normal range. But some women may have even heavier bleeding for more days in a row, in addition to clots and cramping. If at any time you’re experiencing consistently heavy bleeding, clots or cramping, contact your physician. Treatment for irregular bleeding during periods can involve prescription drugs or surgery if the bleeding is severe.

Yeast infections. Vaginal yeast infections are a common cause of vaginal irritation. About three out of four women will experience at least one yeast infection during her lifetime. Yeast infections are caused by an overgrowth of the yeast cells that normally live in the vagina. Factors commonly associated with yeast infections include pregnancy, uncontrolled diabetes and the use of oral contraceptives or antibiotics. Other factors include perfumed feminine hygiene sprays, topical antimicrobial agents and tight, poorly ventilated clothing and underwear. Luckily, most yeast infections can be treated with over-the-counter or prescription medications.

Uterine fibroids. Uterine fibroids are nodules of smooth muscle and tissue that form within the wall of the uterus. Uterine fibroids aren’t cancerous, but they can cause excessive or painful bleeding during menstruation, frequent urination or infertility. Until recently, hysterectomy was the only treatment. Now, however, doctors have found that fibroids may not require any intervention beyond over-the-counter anti-inflammatory drugs, or prescription drugs for more bothersome cases.

Endometriosis. At the end of every menstrual cycle, women have their period, which is the discharge of endometrium, or menstrual fluid, from inside the uterus. This endometrial tissue can also grow on the outside of the uterus, and it can break apart and bleed during your period. The problem? Blood from the displaced tissue on the outside of the uterus may have no place to go, causing the surrounding tissues to become inflamed or swollen. The inflammation may produce scar tissue, which may, in turn, develop into lesions or growths. While the treatment for endometriosis has varied over the years, doctors now agree that if the symptoms are mild, no treatment other than medication for pain may be needed.

If in doubt, talk to your doctor.

These are just four examples of gynecologic problems that women experience. Be sure to talk to your doctor about any questions or concerns you have about your reproductive health.