Burning Fat: What you Need to Know

Published by Riverview Health on January 14, 2015 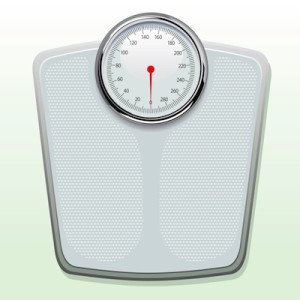 Most of us go to the gym looking to feel better, tone up and lose a few pounds in the process. With all the weight loss information out there, developing an effective routine to achieve this can seem overwhelming. The most important concept to remember for weight loss is that, in order to lose weight, you have to burn more calories than you consume.

To get the most out of your workouts and, in turn, the most efficient calorie-burn, let’s look at how calories are used during cardiovascular activity.

You use both fat and carbohydrates for energy during exercise. While exercising at lower intensities, (e.g., walking) fat accounts for a majority of your energy source. As your intensity increases, (e.g., jogging) the contribution of energy from fat decreases and the use of carbohydrates as a source of energy increases.

Because a higher percentage of fat calories is used at lower intensities, people often assume that low intensity exercise is best for burning fat—an idea that has given birth to the “fat-burning zone.”

While a higher percentage of fat is used when exercising at lower intensities, the rate of calorie expenditure and the total number of calories used is much greater, as the intensity and breathing rate increases. This is going to lead to a greater total amount of fat being burned compared to lower intensities.

The post-exercise calorie burn from more intense exercise also adds to an increase in fat calories burned that is not seen in low-intensity exercise. For best results, focus on varying your intensity throughout the workout.

Ultimately the body does not care what fuel you consume, the result is the same. If you consume more than you burn off, it’ll lead to weight gain. A healthy lifestyle includes a well-balanced diet and an exercise routine that involves aerobic exercise at various intensities and strength training. Please consult an exercise specialist to make sure your exercise prescription incorporates all these components.